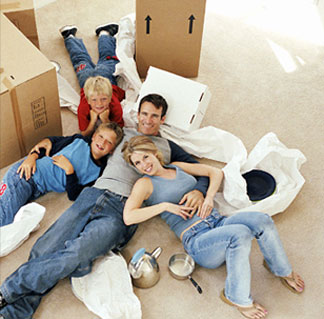 The Homeowner/Tenant’s Own “Ballpark Estimate”

Even before the homeowner or tenant talks to the Mover, he or she will try will probably in their own mind try to come up with a ballpark figure on how much it might cost. $300, $500, $1000, $2000, $10,000, what is it? The Homeowner or tenant can start by comparing the
upcoming move to the last one. Here are some simple steps to do that:

i) Do you have the invoice or Bill of Lading which shows how much you paid for the last move? Does it show how many hours were billed and how many men were on the crew, or was it a flat rate?

ii) How long ago was your last move? The average person moves once every five years. If it was five years ago, it is unlikely you can accurately remember details like how many hours it took and how many men were on the crew.

iii) How is the load different this time? Usually expressed as what additional things do you have now that you did not have the last time? The load also might be different in that you or your friends or family moved some of the stuff last time. Five months ago we moved a young attorney from Grant Park to Virginia Highlands (both in the Atlanta area). Then she herself took over boxes to the new place the whole week before the three-man moving crew showed up to move the furniture. Two weeks ago we moved her again. When she was considering a ballpark estimate for this move, the 4.75 hours it took the crew last time was—impressed on her mind. But this time the crew would be moving all the boxes and up to a third-floor apartment. The previous move it was ground floor to ground floor. The result is this move took 7.50 hours instead of 4.75.

1) Getting an Estimate From The Mover

An Estimate Over The Phone:

a) What is the Access like at the Origin
b) What kind of dwelling is the Origin? Apartment First Floor? Three-Level House? Storage-Unit?
c) What needs to be moved? List all the furniture you can think of. If you’re talking on a cell phone or cordless phone, it helps if you can walk from room to room describing all the furniture as you go.
d) Estimate the number of boxes
e) What needs to be disassembled?
f) What is the Transit like (from Origin to Destination) in miles, time to drive in a car—a moving truck will be slower—will there be traffic?
g) What is the Access like at the Destination
h) What kind of dwelling is at the Destination
i) What needs to be reassembled? Usually it is the same as the items disassembled, but not always. For instance, beds and tables taken apart at the Origin, may just be stored in the basement at the destination.

Email takes more work on the part of the homeowner/tenant. She has to type the list rather than just speak it, but writing it tends to make it more accurate. And there is no dispute what was spoken—there’s the list in black and white. An email inventory list from the homeowner can then be followed by an email reply quote by the Mover. So an email channel is opened, and this can be very helpful to both sides. Many of our best customers are corporate types for who it is often easier to email than to phone. They might feel more comfortable asking small, piddly questions through email than over the phone—questions like, “Can they leave the clothes in the drawers?” If I am the Mover, then in my reply email I can easily link to my Blog posting that talks about that very thing.

By far the best way to do an estimate.

A survey is where you go out in person and list all the inventory items and assess the size of the move.

If I’m the Mover, I’ll walk through the prospect’s house with this sheet called a “Cube Sheet.” It is a list of all the major furniture items types and their average cubic feet. If an item is not on the list—say it’s a big entertainment center—I can measure it. In inches you multiply the height by the width by the depth and then divide that by 1728 and you get the cubic feet.

You add up all the cubic feet for all the furniture items and boxes and you get the total cubic feet. The average cubic foot of household goods weighs 7 lbs so you multiply the cubic feet by 7 to get pounds. If there are 1500 cubic feet of household goods, then they weigh about 10,500 lbs. Many Movers, including this one, will often quote a flat rate for the move just based on the pounds. Movers have this term called “hundred-weight.” “Hundred Weight” is the total poundage divided by 100. If you have 10,500 lbs. Divide that by 100 and you have 105. That becomes the hundred weight. Now you can multiply it by a hundred weight factor. So a mover might charge a rate of 13.5. 105 * 13.5 = $1417.50. This is coming up with a price by just going from lbs of furniture to flat price for the move. You’re not concerned with the particulars of how many trucks and men you will need to do the move. To figure that out you apply the next number which is “the number of lbs each man will be able to move per hour. This number will fluctuate, and a lot of the “quote” expertise in doing a moving estimate comes in choosing this number. It’s almost always between 400 and 750 lbs per man per hour. If you have a really sharp three-man crew doing a cookie-cutter move of a 2-bedroom apartment, ground floor to ground floor, then they can move at the top rate—750 lbs per man per hour.

Personally, I really like doing surveys and quotes. For me, going from a move survey to a move quote is the single neatest application of numbers to solving a problem that I’ve ever experienced. When I say “neatest,” what I mean is here you have a ton of stuff to be moved—several tons probably. You apply some numbers, ratios, and simple formulas and “WaLa,” here’s your plan and the cost for the move. It’s a little engineering project.